Have a blessed Thanksgiving

Dear Brothers and Sisters in Yeshua,

Shalom to you and your family. On behalf of my family and the staff of Operation Nehemiah Missions in South Sudan, Hannah and I want to express our deep appreciation to God on your account for standing with us in 2018. Your support, prayers and encouragement have given all the reason to rejoice and be thankful to God's faithfulness and provision on Thanksgiving holiday. "You will be enriched in every way so that you can be generous on every occasion, and through us your generosity will result in thanksgiving to God. This service that you perform is not only supplying the needs of the Lord’s people but is also overflowing in many expressions of thanks to God."

Reflecting on Thanksgiving from the perspectives of God's promise

Many of us who are either born or naturalized US citizens barely understand the supernatural significant and the progression of events that led us to Thanksgiving. Considering the monumental aspect of this event in history, it is worth delving into it from the perspective of New England Pilgrims from where the USA was conceived and born into existence.

"Thus out of small beginnings greater things have been produced by His hand that made all things of nothing, and gives being to all things that are; and, as one small candle may light a thousand, so the light here kindled hath shone unto many...” ― William Bradford, Bradford: Of Plymouth Plantation

"The Lord will be our God and delight to dwell among us, as his own people and will command a blessing upon us in all our ways, so that wee shall see much more of his wisdom power goodness and truth then formerly wee have been acquainted with, wee shall find that the God of Israel is among us, when ten of us shall be able to resist a thousand of our enemies, when He shall make us a praise and glory, that men shall say of succeeding plantations: the Lord makes it like that of New England: for we must Consider that we shall be as a City upon a Hill, the eyes of all people are upon us;" John Winthrop, a City Upon a Hill , 1630

".... No human counsel hath devised nor hath any mortal hand worked out these great things. They are the gracious gifts of the Most High God, who, while dealing with us in anger for our sins, hath nevertheless remembered mercy. It has seemed to me fit and proper that they should be solemnly, reverently and gratefully acknowledged as with one heart and voice by the whole American people. I do therefore invite my fellow citizens in every part of the United States, and also those who are at sea and those who are sojourning in foreign lands, to set apart and observe the last Thursday of November next, as a day of Thanksgiving and Praise to our beneficent Father who dwelleth in the Heavens...…. "

Jesus Says “You are the light of the world. A city built on a hill cannot be hidden. Neither do people light a lamp and put it under a bowl. Instead they put it on its stand, and it gives light to everyone in the house. In the same way, let your light shine before others, that they may see your good deeds and glorify your Father in heaven." Matthew 5:14-15

Looking at the Thanksgiving in America from the fulfilment of Acts 1: 4

The history behind the US Thanksgiving Holiday is deep and broad echoing and reverberating in the fulfillment of the Great Commission as depicted in the footsteps of the work of the Apostles in the book of Acts where Yeshua commanded them to wait for the Holy Spirit in Jerusalem. Once they received the Holy Spirit, they will receive power and they will take the Gospel from Jerusalem, Judea, Samaria and to the entire world. As God will always fulfill his promises, the Gospel indeed went out of Israel to Europe and the rest of the world. United Kingdom was impacted by the Gospel and the church was born there. Yet men's hearts in the UK grew cold toward God but some continue to practice the truth religion. Those who became religious, putting the form of God but denying the power of, became the enemy of God. Consequently, they became worldly and persecuted the Church of Christ and drove the Christians' out of England . As a result, persecution of Christians broke out in England that led to the mass exodus of the pilgrims from England to Holland and then from Holland to North America. 1600 years later, God did fulfill His promises that the Gospel shall reach to the entire globe; from west to the east and from the north to the South.

For the Past 400 years God has done marvelous things in America. The Gospel message of Salvation leaped from Jerusalem crossing the Atlantic to the Americas via Europe was amazing. 1806, – Samuel Mills and four other students at Williams College, Williamstown, MA commit their lives to foreign missionary service at the Haystack prayer meeting. This moment is often considered the birth of the American foreign missionary movement. From 1806 to 2018, USA would become the largest missionary sending nation on the planet beyond Israel in 2000 of Messianic era.

Since its independence from Great Britain in 1776, America has become a home to millions of people from all around the world. Most people like me fled their home country due to religious persecution, came to America looking for religious freedom to worship the living God of Abraham, Isaac and Jacob and enjoy their God given freedom afforded to them under the US Constitution. As we celebrate Thanksgiving with families and friends, must also contribute to the vision of the Pilgrims who came to America to build a city on the hill that can't be hidden. WE must return go God, repent from our sins and pray for this country to preserve the foundation and the vision on which God established the nations.

We could not be thankful enough for you for coming along side our family and Operation Nehemiah Missions for bringing the Good News to the people of South Sudan.

May the Lord bless you and Keep you. May the Lord makes His Face Shines upon and be Gracious to you and give you Shalom Peace, Numbers 6: 24

Our online tax deductible contribution can be made at www.operationsnehemiah.org or mail your check to the address below.

Thanksgiving & our upcoming Mission Trip to the South Sudan

The Messiah in Yom Kippur ? - What is this all about ? Find out here.

May you take this moment to pray for my family.

ONMI: Understanding the Great Commission from the Prism of Passover & Resurrection 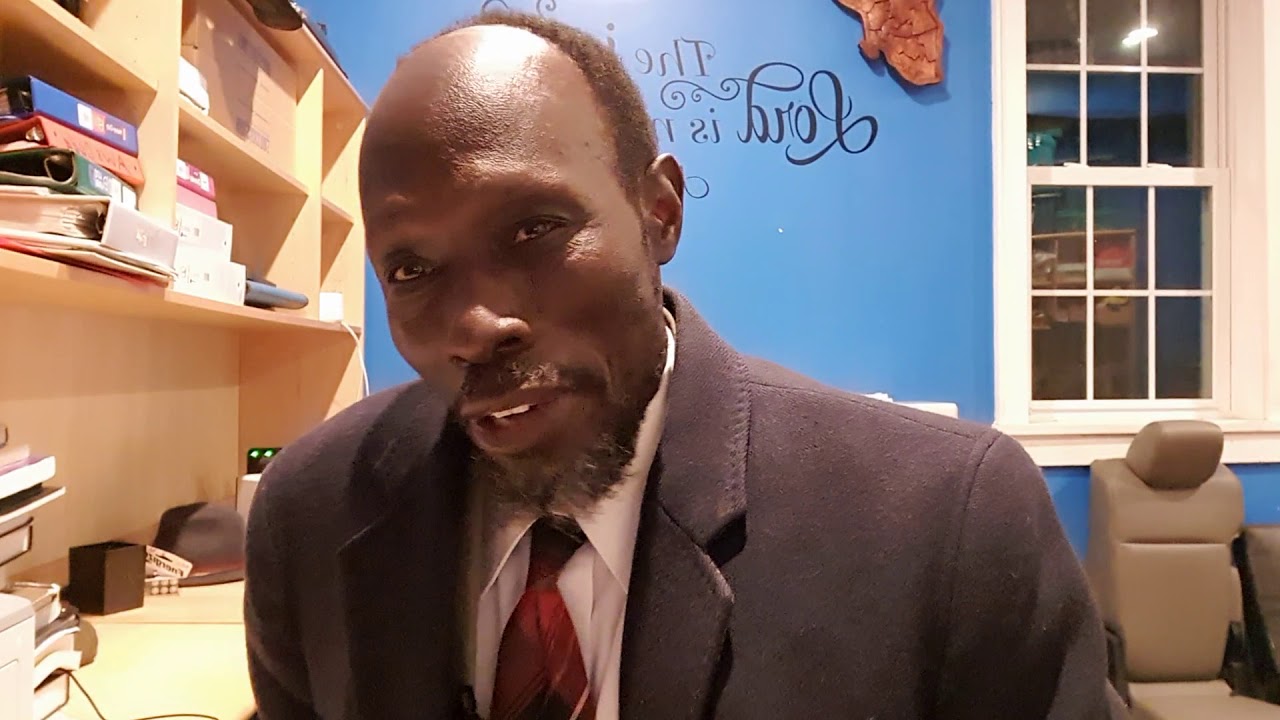 "An invisible enemy that has brought our nation to stand still"

Hadassah is recovering from home & ONMI's annual Presentation at NRB 2020

Hadassah will be discharged on Tuesday, Pressing on with ONMI work in 2020

In the hospital for more than a week to take care of our daughter Hadassah.

ONMI Highlights of 2019. Thank you for your prayers and support. Merry Christmas & a blessed Han

Highlights of the Year. Have a blessed Hanukkah & Merry Christmas. We are down to the wire.